Still I was lucky enough to win the Judge’s Award for “UK’s Funniest Blogger 2015” (and 3rd place in the public vote to boot)! 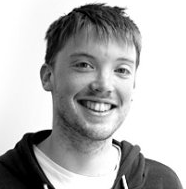 Craig in all his glory

As the name suggests, this blog is written by a man called Craig. Craig Beadle, in fact. He’s not what you’d consider a “man’s man”. Or a “ladies man”. He’s not really anyone’s man.

He dabbles in comedy writing, comedy journalism and comedy promotion too. He’s also a fa of comedy. You can see more about his “professional” life over on the main website – CraigBeadle.com

He’s London-based and when he’s not blogging he’s probably at his day job in the charity-sector. Or in the gym. More likely the former than the latter. OK, he’s not in the gym. He’s probably on that bloody phone again checking his Twitter – @craigjbeadle